To update the 4000 Series Advanced multiproduct calibrator there are two types of update.

The normal update will be performed via the USB port on the front panel of the unit and uses the menu system of the 4000 Series to add new features and functions.

To perform a low-level firmware update, a programmer from Transmille is required. After the programmer has been installed on a desktop computer, please use the following instructions to perform an update.

2) Remove the 3 screws holding the side handles on. There are 3 screws per side (6 total). 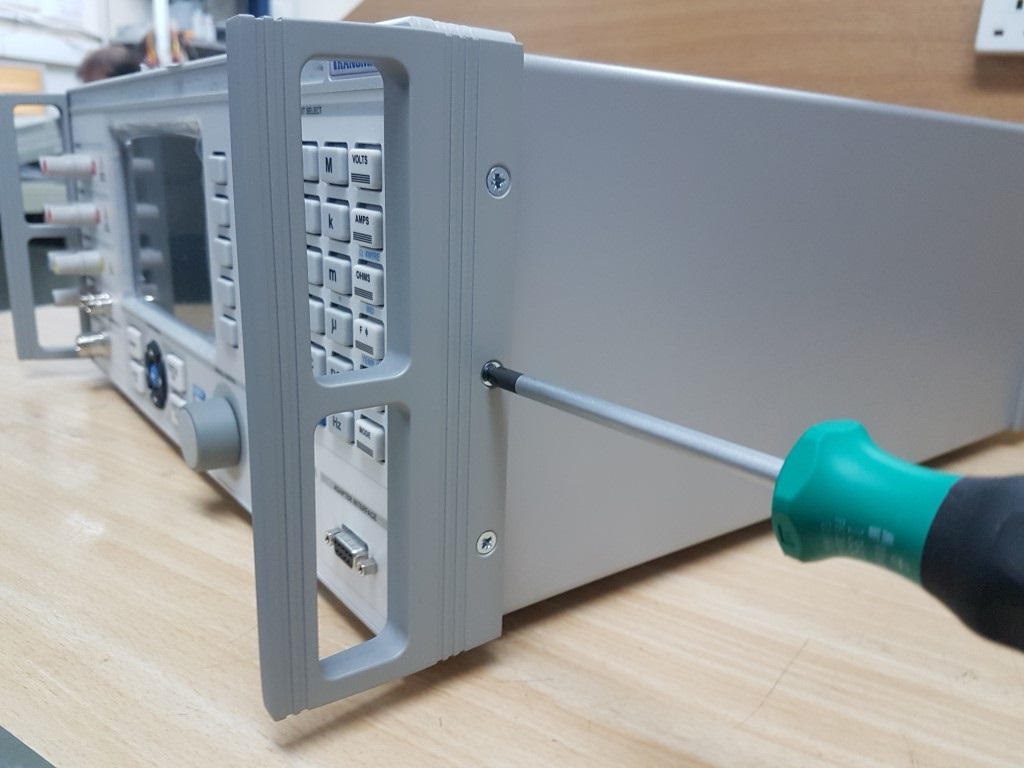 3) If fitted, remove the 3 pan head screws at the bottom of the front panel. 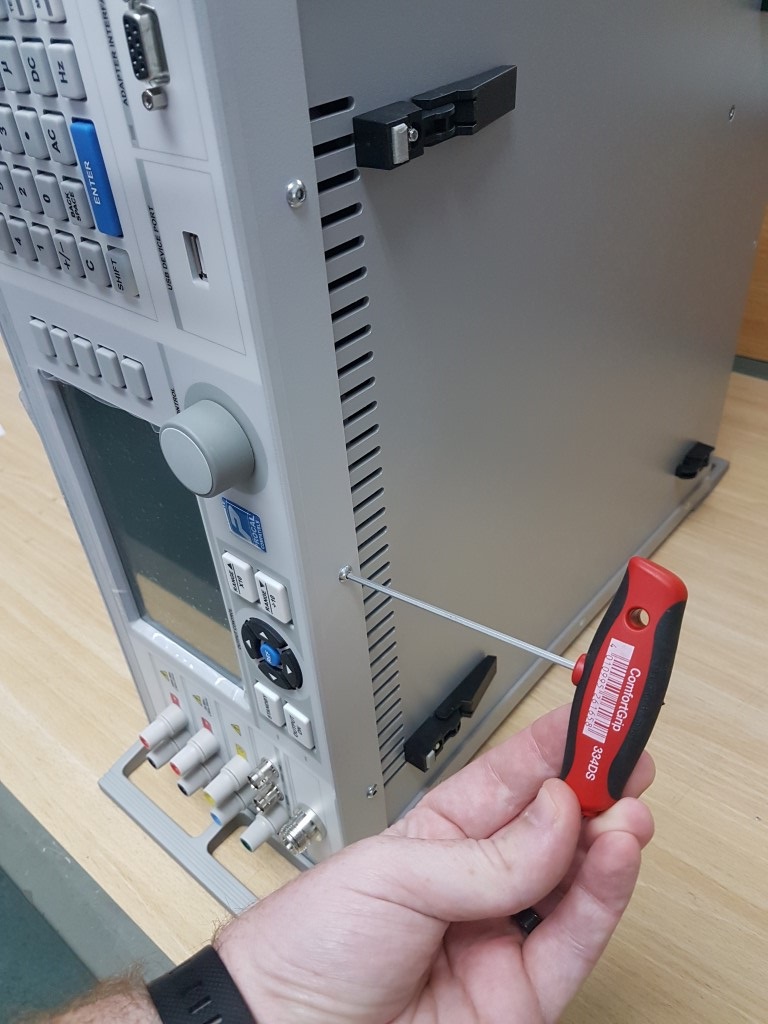 4) The Front panel will now be free and able to be gently pulled forwards.

5) Looking at the calibrator from the front, there is a small 10-way port in the upper right-hand corner. This connector faces forwards as below. 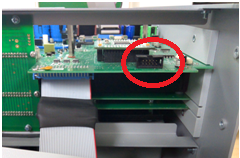 6) Connect the MikroElektronica programmer to this port. The connector will only plug in when in the correct orientation.

9) In the 'MCU' drop-down list, select 'PIC24HJ256GP610' from the drop down list. As of version 2.34 of the MicroElektronica software this is the last option in the drop-down list.

10) Drag and Drop the 4000.hex file that has been provided on to the MikroProg software. A bar will appear in the bottom saying 'Loading', this process takes approximately 1 second.

11) Confirm that the MikroProg software looks like the following image.

12) Press 'Write' in the MikroProg software.

13) The Low-Level firmware will now be overwritten. This process takes approximately 3 minutes. The calibrator will perform a hardware reset when the update is complete.

14) Remove power from the 4000 series, remove the MikroProg programmer and then re-assemble the unit as in steps 1-4 in reverse.