The 3200 A/B is set to start the RCD test timing/current measurement once a signal of at least 62% of the set current is detected. 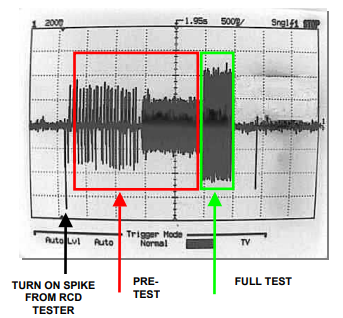 This trigger level can be configured over the interface to change the trigger level, which can also be used to measure the test current at different 'ramp' levels on some RCD Testers

Using a terminal program or any software capable of communicating with the instrument, send the following command

A : Aborts the test which has already begun

For correct operation, you must remember to set the trigger level back to 62% after completing tests, using the following command

Note : The RCD Trigger LEvel cannot be set from the 3200 front panel