In the event of power being applied to the terminals when the output is already on protection fuses inside the calibrator will blow.

Should there be no output from the voltage terminal or from the current terminal then these fuses should be checked.

NOTE : THESE STEPS SHOULD ONLY BE FOLLOWED AFTER DISCONNECTING THE UNIT FROM LINE POWER

Step 1: Remove the screw covers at the edge of the Front Panel. Please take care not to damage the strips as these are no longer available. 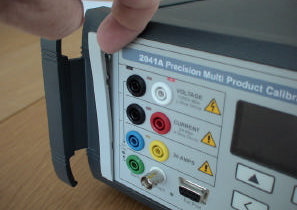 Step 2: Remove the 2 screws at the end of the panel with a cross head screwdriver. 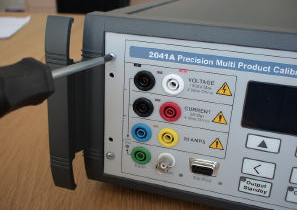 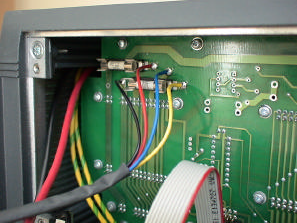