To add new functionality and resolve issues firmware updates are released for the 1000 Series periodically.

Updating the firmware requires a programmer for versions previous to 12.2.00, from version 12.2.00 the firmware is updateable using the USB interface port.

To update the firmware, the 1000 Series must be removed from the case (both bench and portable versions) to gain access to the Blue programming socket as in the image below. 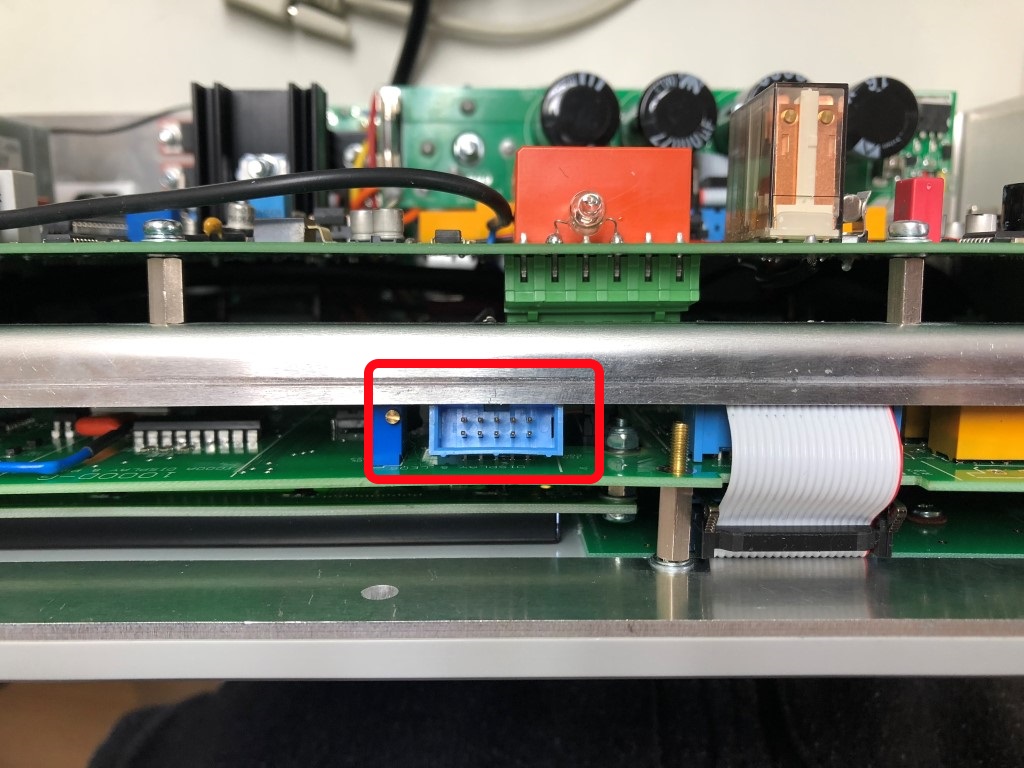 The MikroElektronica programmer should be connected to the BLUE programming socket while the unit is turned off. After connecting the programmer and ensuring that the rear of the 1000 Series is not touched/contacted when power is reconnected, power the the unit back on.

In the 'MCU' drop-down list, select 'PIC24HJ256GP610' from the drop down list. As of version 2.34 of the MicroElektronica software this is the last option in the drop-down list.

Drag and Drop the 1000.hex file that has been provided on to the MikroProg software. A bar will appear in the bottom saying 'Loading', this process takes approximately 1 second.

Confirm that the MikroProg software looks like the following image.

Press 'Write' in the MikroProg software.

The Low level firmware will now be overwritten. This process takes approximately 3 minutes and the 1000 series will perform a reset when the update is completed.

Remove power from the 1000 Series, remove the programmer and re-assemble the unit.